Rose Hill Nature Reserve is an important acquisition because of its high wilderness value. With passive management, this nature reserve is expected to become a showcase of rich habitats, especially for threatened and endangered species. The property lies along the centre of the important Algonquin to Adirondack corridor—a biological highway/natural linkage that is significant at the continental scale.

Terrain/Accessibility: A remote area with ponds, wetlands and creeks.  It is at a high elevation for Eastern Ontario and is dominated by several long, steep ridges with rock outcrops and glacial erratics common on the domed hills and slopes. It is suitable for hiking.  Property is difficult to access for winter activities.

Dogs: Permitted. Must be kept on a leash and pet waste picked up and removed.

The first 100-acre parcel of Rose Hill Nature Reserve was donated to MMLT in December 2011 by sisters Bethany Armstrong and Charlene Bernhardt. It had been in the hands of the donors’ family since the 1940s. Their property had been used recreationally for periodic hikes and picnics beside Moose Pond. The rugged Pumpkin Trail traverses the property.  Charlene and Bethany are gratified that this wonderful tract of forest and wetlands will be cared for and conserved in perpetuity, to be shared by all future generations.  They know that their father Charlie would have been simply delighted!

On an early visit to Rose Hill, one of our MMLT volunteers exploring the area discovered a large bronze plaque mounted on the side of a huge glacial erratic boulder.  We were stunned to read on the plaque that the property was intended to be preserved.  We eventually tracked down the owner, Patricia Hatton, who now lives in Bar Harbour, Maine, to let her know that, in fact, a Nature Reserve was right next door to her property.  That began a friendship with Patricia and her husband John which resulted in the donation of an additional 258 acres to Rose Hill Nature Reserve.

Patricia Hatton has now ensured that her promise to her late husband, Robert Brodey, will be fulfilled and the place they had enjoyed so much will be preserved as it is forever so that others will learn to love and respect nature as he did.  MMLT plans to re-open some of the old trails they had developed. Patricia established the Brodey Fund in honour of her late husband specifically for research and stewardship activities on this wilderness property.

The topography of the property is dramatic—four major hills reach over 420 m while adjacent valley floors are 50 m below (a drop of 162 feet). The acid, granitic bedrock of the Canadian Shield dominates the reserve, but calcitic and dolomitic marble as well as metamorphosed calcareous sediments occur at the northwestern and southeastern corners of the reserve enabling many regionally noteworthy calciphile plant species to persist. Sandy loam soils cover the shallow till. Twenty-two ecological communities were recognized on the reserve. Most of the upland terrain is forested with sugar maple, mixed hardwood, hemlock, cedar and white pine. Lowland areas support treed swamps of ash, cedar and mixed species, as well as thicket swamp. Uncommon natural communities include red spruce swamp, fen, meadow marsh and rock barren. Cultural meadow and woodland are found in the area farmed in the past. Two entire ponds and portions of two additional ponds are found on the property and all drain toward the north end of the reserve. The only creek that enters the reserve flows from Rose Hill Rd. into Mud Pond.

The large size of the reserve and the fact that it is contiguous with other sizable areas of Crown land is noteworthy. Rose Hill Nature Reserve provides habitat for 56 species of birds, 15 species of which are area-sensitive. Of the total 389 vascular plant species found on the reserve, 338 are native and 51 are non-native. Regionally uncommon (104), sparse (34), and rare (27) vascular plants make up 49% of the native flora. Pond shorelines have poor fen habitat rich in regionally noteworthy plant species. The occurrence of red spruce, considered vulnerable in Ontario, is unusual as it is near its western range limit. A total of 90 bryophytes (mosses and liverworts) have been found on the reserve, 30 of which are first records for Lennox and Addington County. Twenty-six insects, 13 mammals, 9 frogs, 2 snakes, 2 salamanders and 2 turtles have been observed at the reserve. Species at Risk include the Western Chorus Frog (threatened) and the Monarch Butterfly, Eastern Wood-pewee and Bald Eagle (special concern). 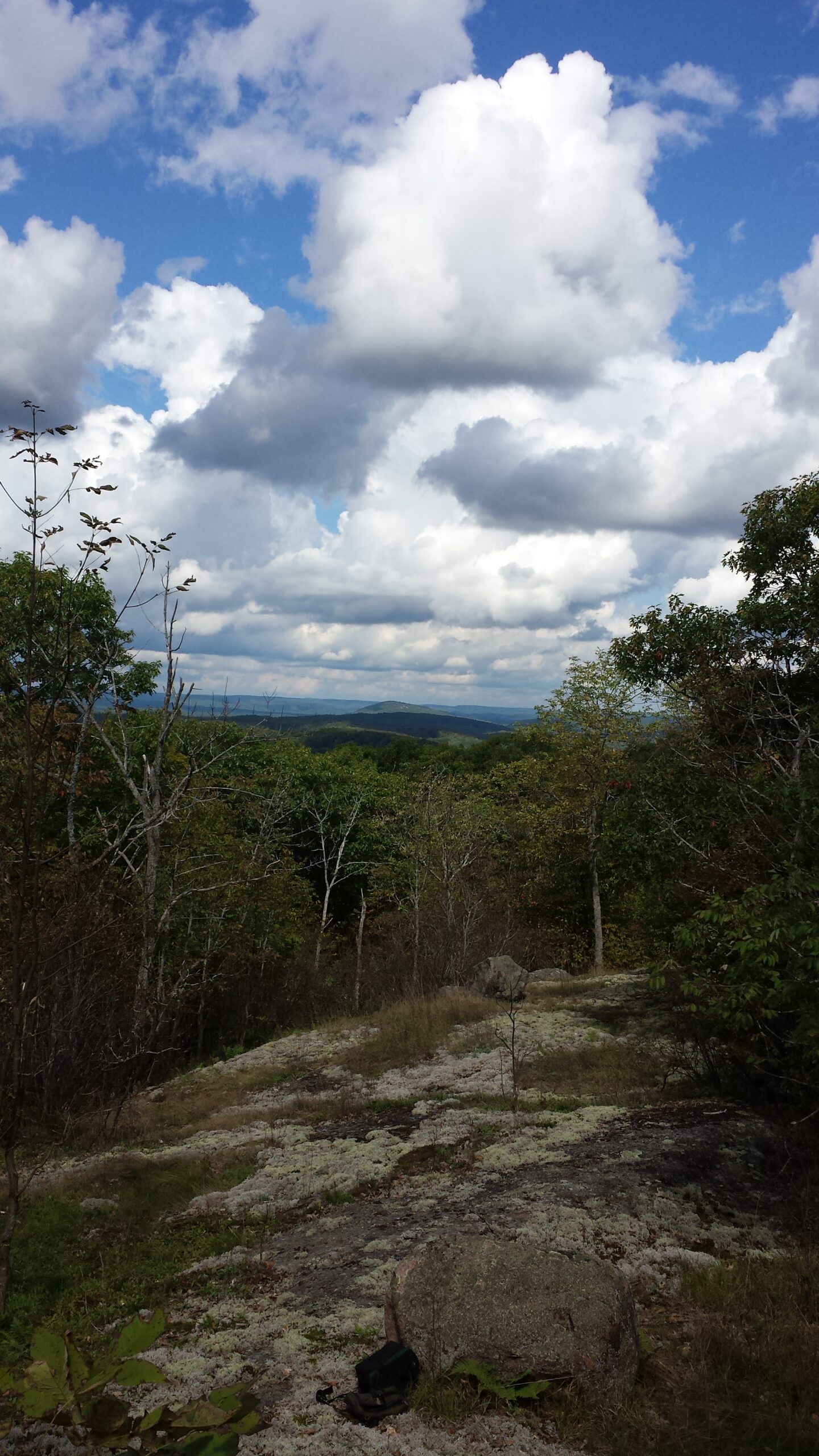 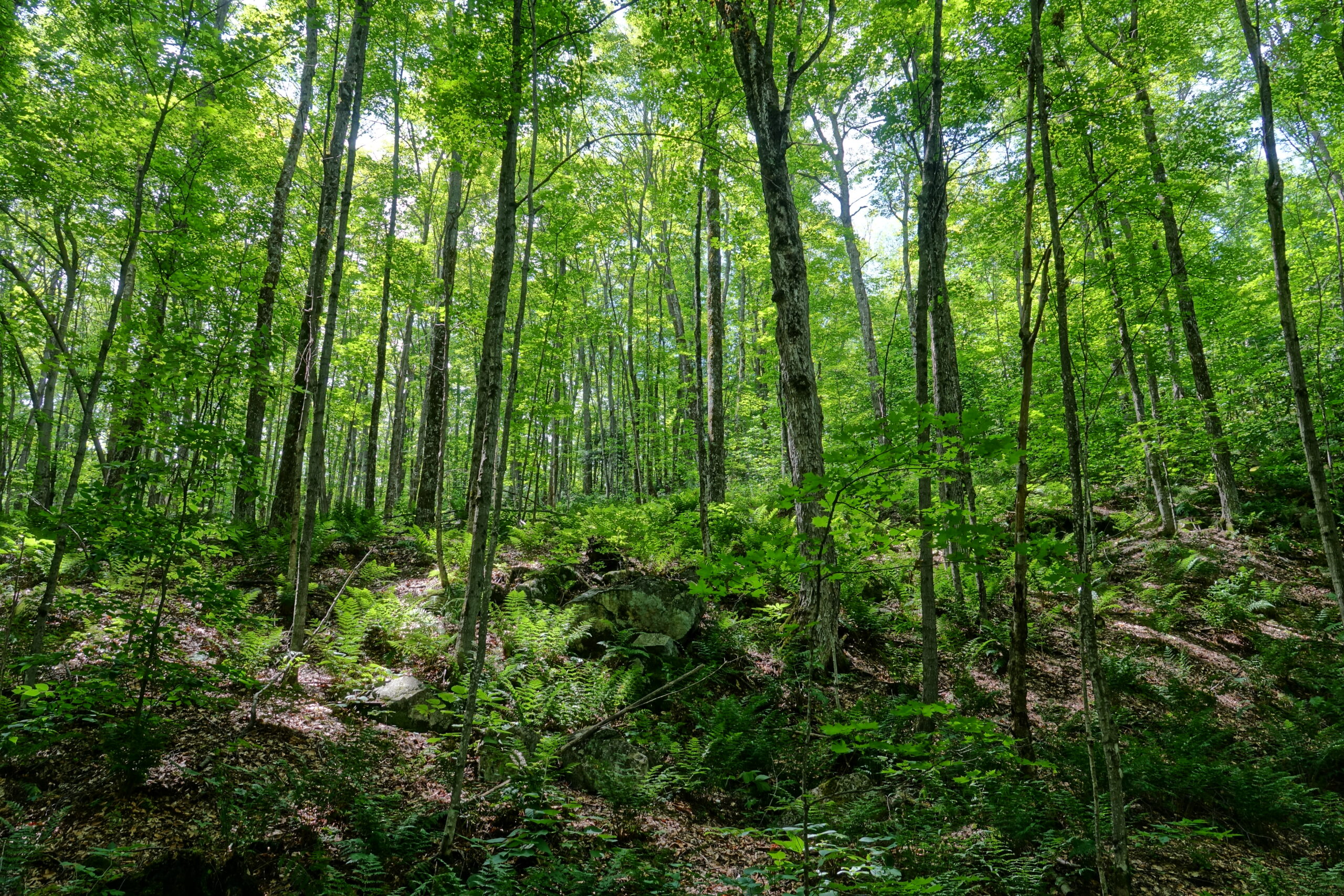 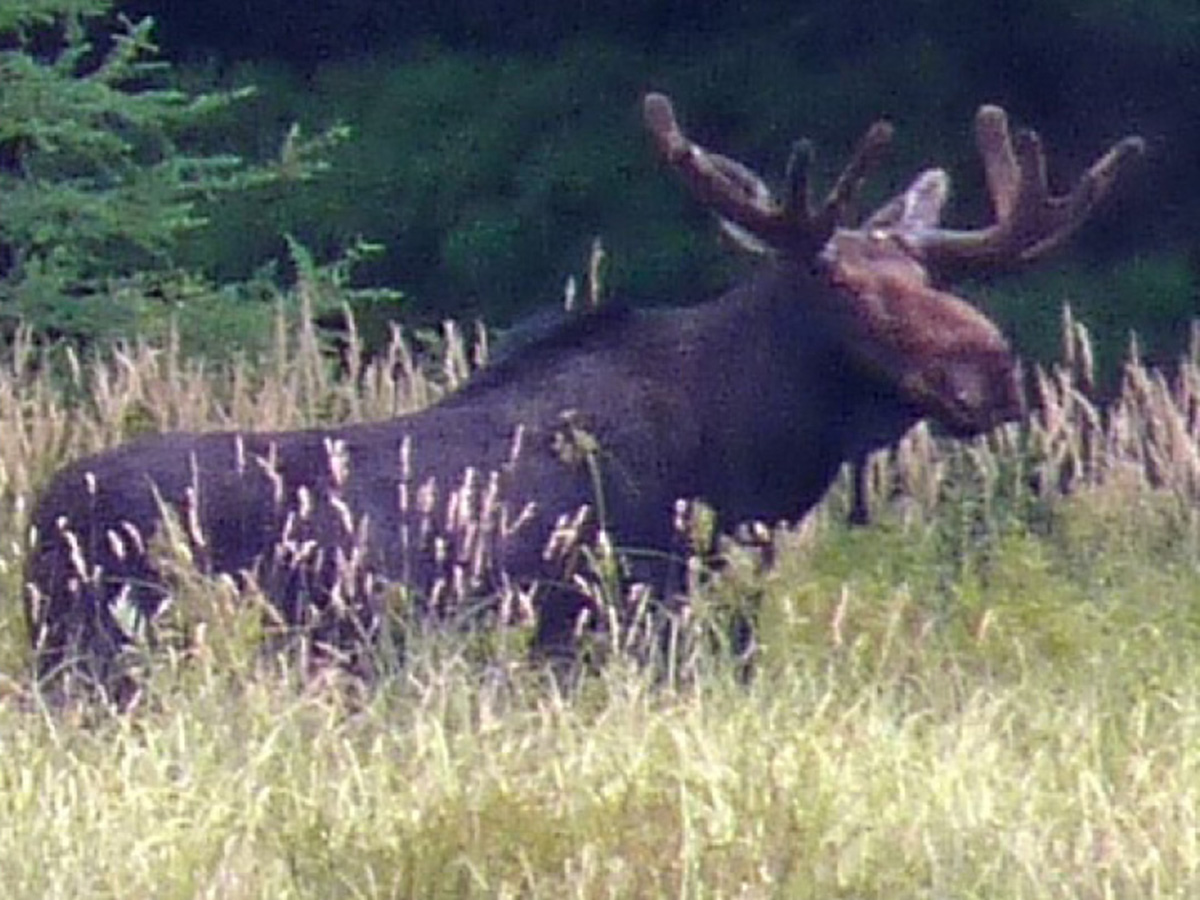 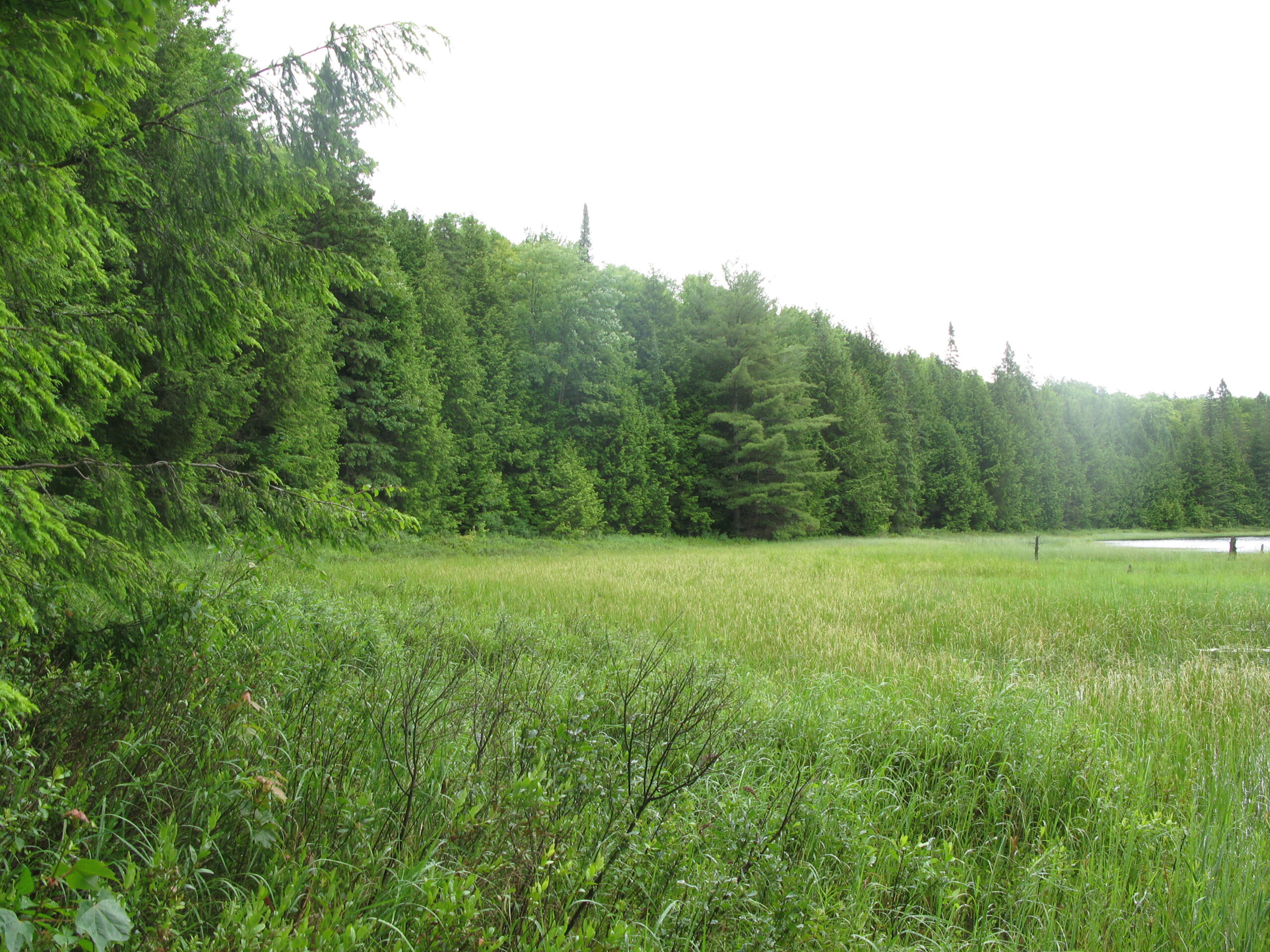 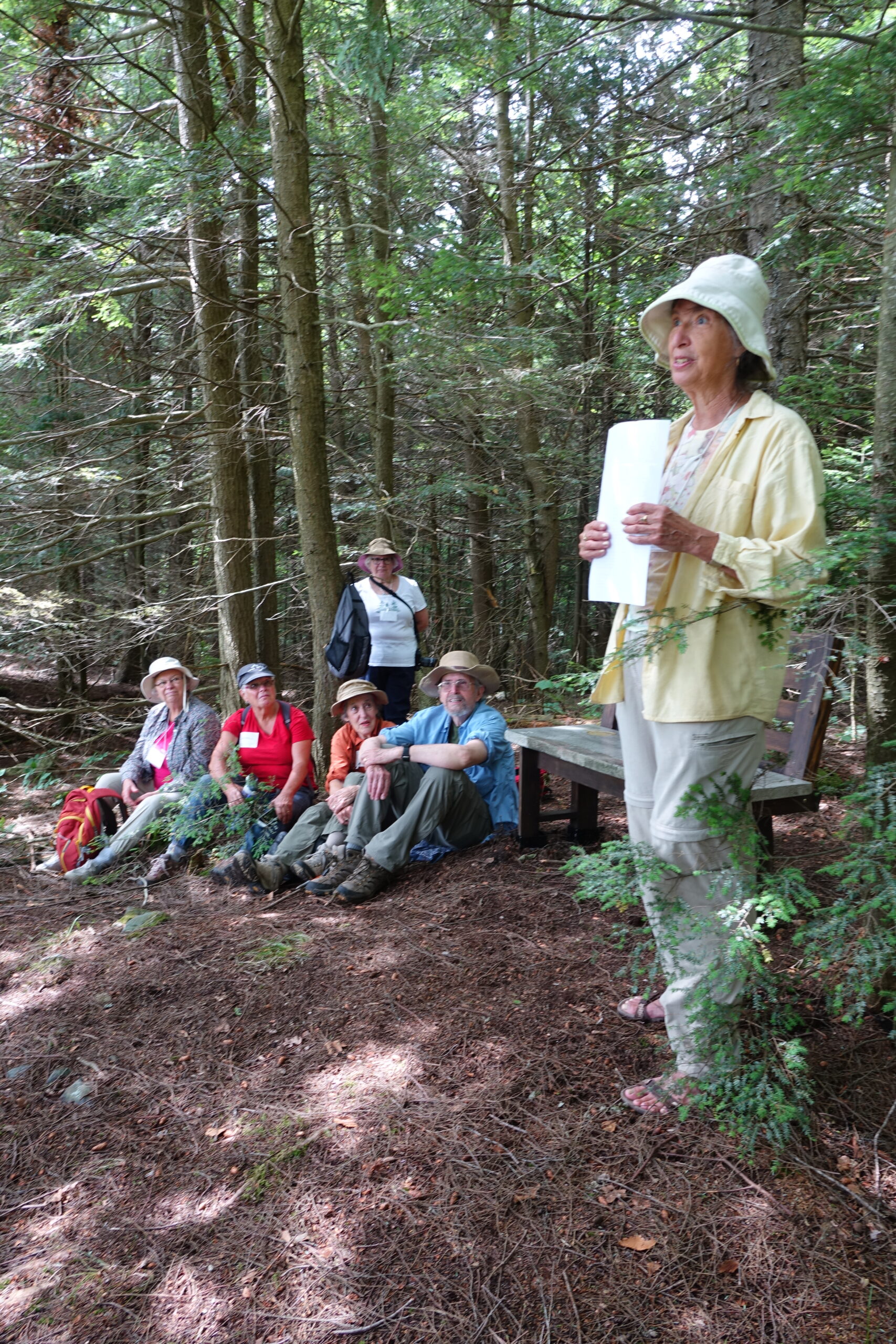 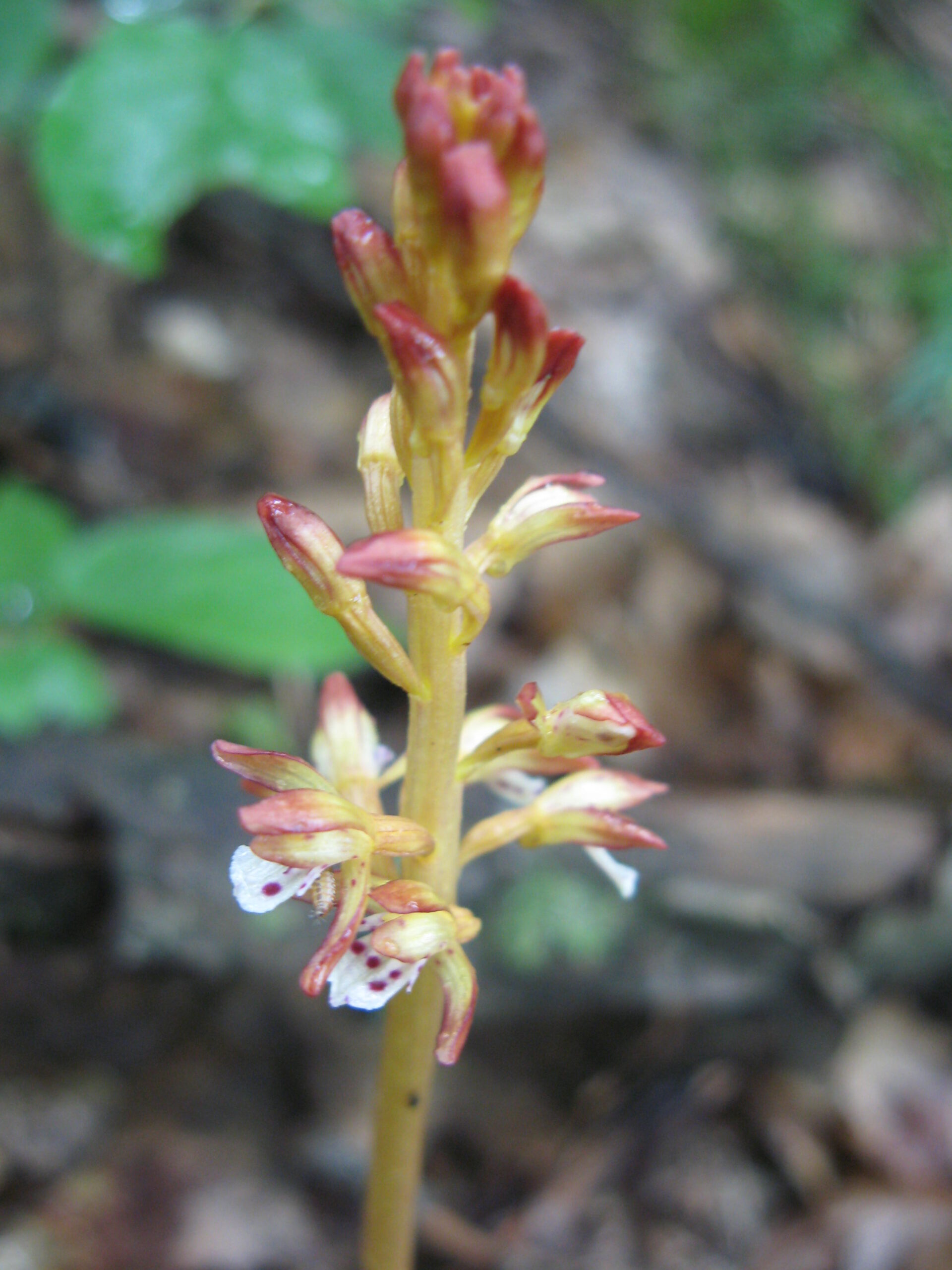 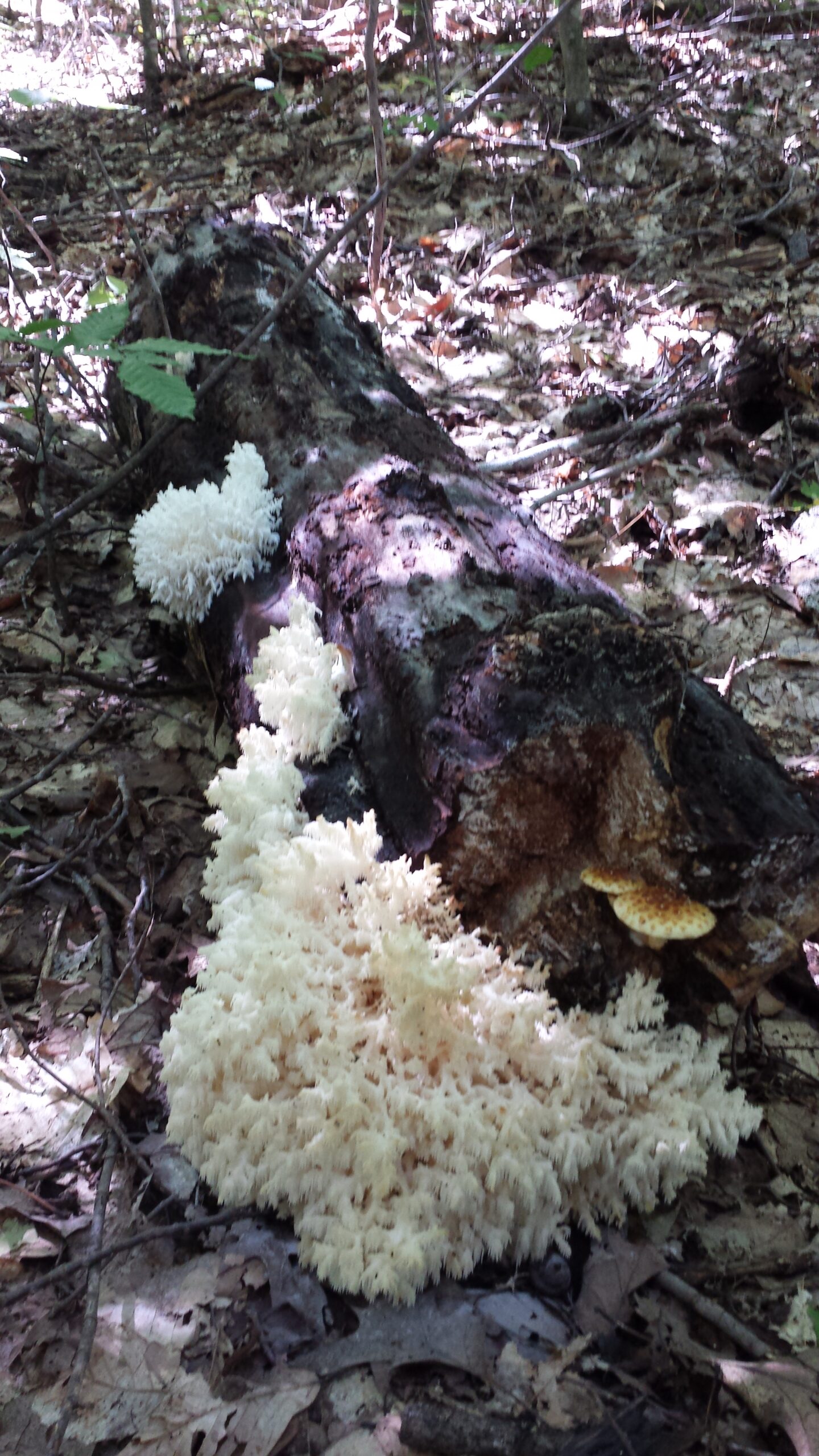