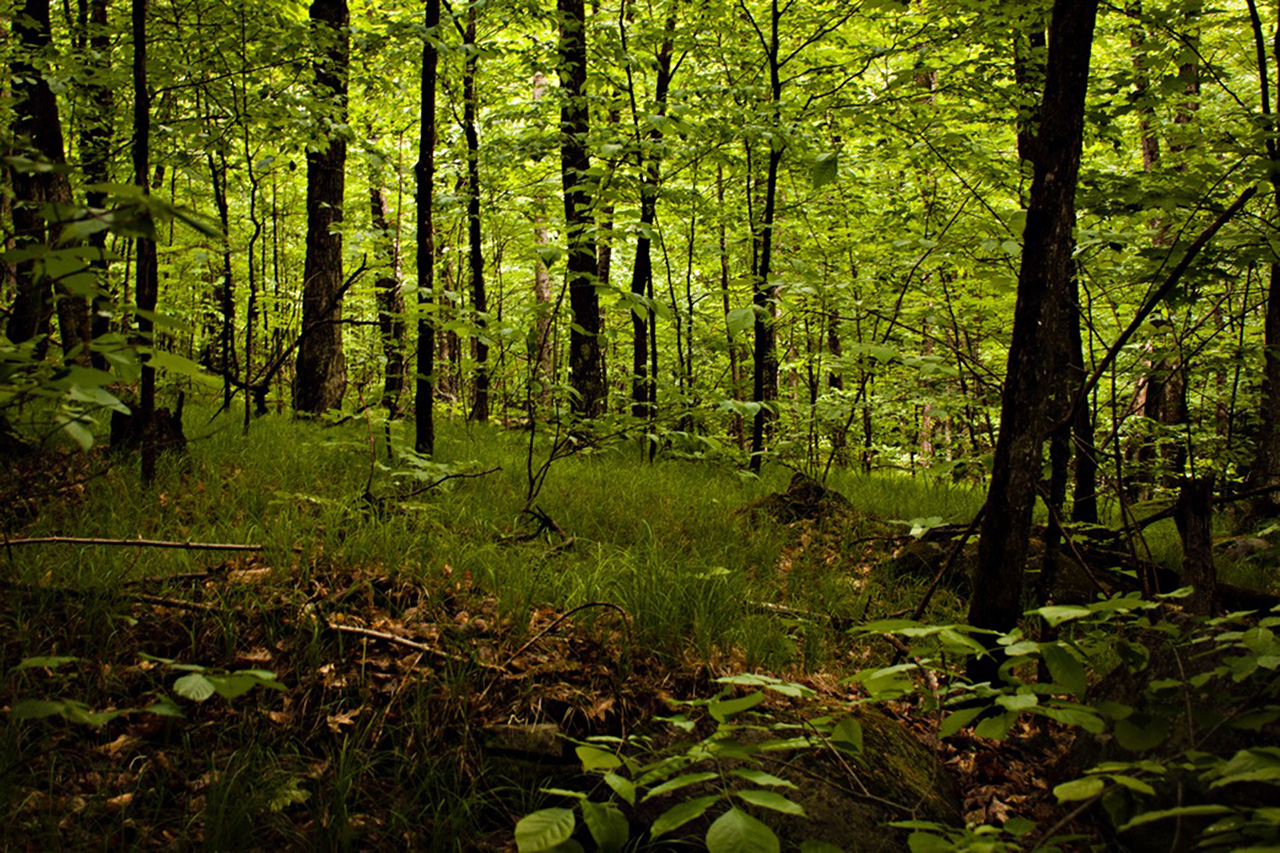 The first 100-acre parcel of Rose Hill Nature Reserve was donated to MMLT in December 2011 by Bethany Armstrong and Charlene Bernhardt. It had been in the hands of the donors’ family since the 1940s. Their property had been used recreationally for periodic hikes and picnics beside Moose Pond. The rugged Pumpkin Trail traverses the property. 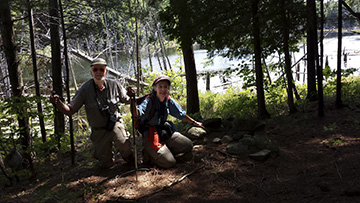 On an early visit to Rose Hill, one of our MMLT volunteers spotted something unusual in the distance on an adjacent property. He returned from his exploration exclaiming that we all just had to see what he’d found.  We trudged up the hill to discover a large bronze plaque mounted on the side of a huge glacial erratic boulder.   We were stunned to read on the plaque that the property was intended to be preserved.  We eventually tracked down the owner, Patricia Hatton, who now lives in Bar Harbour, Maine, to let her know that, in fact, a Nature Reserve was right next door to her property.  That began a friendship with Patricia and her husband John which resulted in the donation of an additional 258 acres to Rose Hill Nature Reserve.  Patricia’s extremely moving story can be read in full in our July 2015 newsletter.

Rose Hill Nature Reserve is mostly forested with four small ponds, wetlands and several creeks. It is at a high elevation for southern Ontario and is dominated by several long, steep ridges with rock outcrops and glacial erratics common on the domed hills and slopes. Where the hillsides face northward exists one of the most well developed eastern Ontario stands of Hemlock, a tree that has been on a serious decline in parts of adjoining United States and Ontario.  You can hike the Hemlock Trail through this grove. On the lower slopes with deep soils some Hemlock are very large with an age probably much exceeding 100 years. 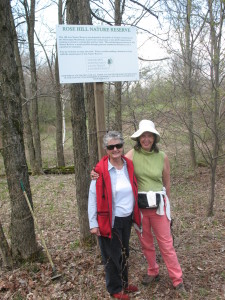 Bethany and Charlene remember fondly the happy annual outings to Rose Hill, in later years with the grandchildren who were entranced as Grandpa would point out natural landmarks and identify trees, plants and animal tracks. Charlene and Bethany are gratified that this wonderful tract of forest and wetlands will be cared for and conserved in perpetuity, to be shared by all future generations. They know that Charlie would have been simply delighted!

Patricia Hatton has now ensured that her promise to her late husband, Robert Brodey, will be fulfilled and the place they had enjoyed so much will be preserved as it is forever so that others will learn to love and respect nature as he did.  Bob had been a nature-lover since he camped at Algonquin Park in his youth. Since the couple purchased the property in 1971 he had been collecting lists and took photos of the species he discovered.  MMLT plans to re-open some of the old trails they had developed. Thanks to the Brodey Fund, we will have the resources to conduct a multi-phase field study to describe the natural history and ecology of the nature reserve. Patricia Hatton established the fund in honour of late husband, Robert Brodey, specifically for research and stewardship activities on this wilderness property.  Note:  The first phase of this field study began in 2017.  Read more on Discovering Rose Hill’s Ecological Treasures.

For MMLT, Rose Hill is an important acquisition for its high wilderness value. With passive management, this Nature Reserve is expected to become a showcase of rich habitats, especially for threatened and endangered species.

The property lies within the important Algonquin to Adirondack corridor, the only property in this area under formal protection with a comprehensive inventory of ecological values. The public is encouraged to visit Rose Hill Nature Reserve to learn more about the importance of conservation and protection at this important natural area.

Directions to Rose Hill and a Rose Hill Map are available by clicking on the links. Click on the following links for a photo tour and a drone video below: